FREE SHIPPING ON ORDERS ABOVE ₹750 Since all products are freshly made to order, we dispatched them within 24-48 hours. Post that, it takes 1-2 working days for deliveries within Mumbai and 3-4 working days outside Mumbai.

- For any order queries, please mail us at reach@novanova.in
- Standard Shipping Rate Applicable
- Credit Cards, UPI and Wallet payment options
- Cash on Delivery is available for orders above ₹499

This product from brand ‘Nova Nova’ is an assorted ‘OG Box’, containing a total of 8 packs of its ‘Choco Pockets’, 2 packs each in variants of ‘Classic Chocolate’, ‘White Chocolate’, ‘Coffee Cream’, and ‘Strawberry Cream’.
I received approximately 14-16 ‘Choco Pockets’ in each pack.
The ‘Choco Pockets’ were not broken or crushed. The pack(s) had only a tsp of powder-like residue settled at the bottom, which is acceptable considering the product content(s) being wafer-based.
Each variant has been accurately depicted on the package.
‘Classic Chocolate’: A wafer ‘pocket’ with a chocolate-cream filling, the wafer component in this variant was ‘plain’. The filling was the ‘highlight’, being ‘chocolatey’ enough for a mass-manufactured product.
‘White Chocolate’: A cocoa-based wafer ‘pocket’ with a white chocolate-cream filling, the wafer and filling components together were reminiscent of ‘Britannia’ ‘Pure Magic’ ‘Vanilla Cream’ cookies in terms of flavour. It is not to be confused with ‘Cookies & Cream’ though.
‘Coffee Cream’: A wafer ‘pocket’ with a coffee-coloured ‘swirl’ and coffee-flavoured cream filling, the wafer component was similar to that of the ‘Classic Chocolate’ variant. These ‘pockets’ emanated an invigorating ‘aroma’, akin to that of ‘Cappuccino’ beverage. They, at first, had a strong ‘coffee’ flavour, which mellowed as more of the ‘pockets’ were consumed.
‘Strawberry Cream’: A wafer ‘pocket’ with a pink-coloured ‘swirl’ and strawberry-flavoured cream filling, the wafer component was similar to that of the ‘Classic Chocolate’ variant. These ‘pockets’ were neither ‘subtle’ nor sickeningly ‘artificial’ in terms of flavour.
Each variant had a 'soft crunch' to it, which was pleasing.
The ‘White Chocolate’ and ‘Coffee Cream’ variants were the most well-received of the ‘lot’ among my family and friends.
It is apparent that the product concept is ‘inspired’ by ‘Cadbury’ ‘Bytes’, which was highly popular at the time of its manufacture and availability. While, in my humble opinion, the ‘Bytes’ are irreplaceable, these ‘Choco Pockets’ cannot be disregarded.
The packaging enables portion control and ‘on-the-go’ snacking for a relatively moderate calorie count.
Overall, this product can be tried out. 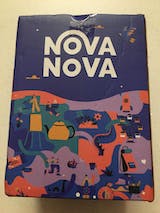 Best Bite - All in One Classic Favourites

Waffle Chips - Milk & Dark Choco Dipped ( All in One Pack) Freshly Baked for your order